The Biography Of Mufti Amir Hamza 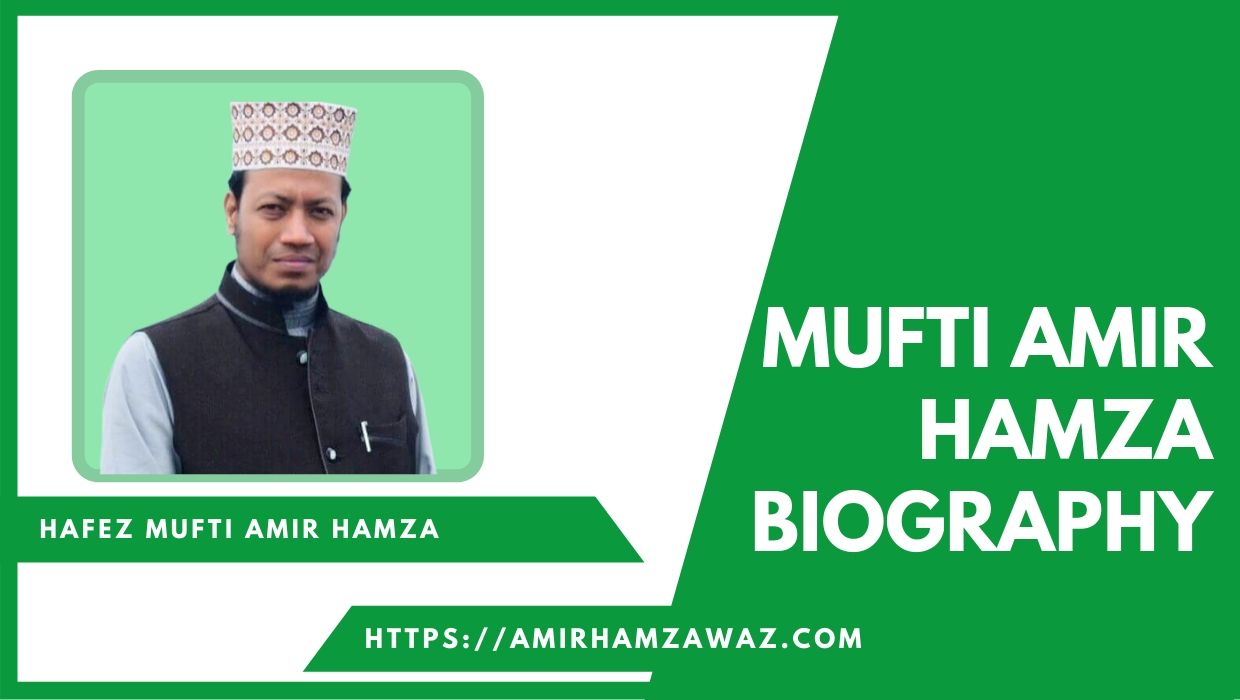 Mufti Amir Hamza Biography: He is a Hafez, a Mufti, and a Mufassir altogether. He is a man of a very humble and gentle smile. In her family life, she loves her two daughters the most.

Mufti Amir Hamza Biography: He received his primary education from his district. Hafizia became the “Hafez” of the Quran from the prestigious Hafizia Madrasah in his district. He then completed “Ifta” and became “Mufti” from the renowned Kawami Madrasa in his district. Later, he got the opportunity to become the best Islamic university in Bangladesh, which is located in the Kushtia district of Bangladesh. There he finished his Honors and Masters on the subject of “Al-Quran”. At the end of his education, Dawi started working in Islam.

He is one of the Islamic negotiators in present Bangladesh. He has been very talented since childhood. Many people call him “Zakir Naik of Bangladesh”. Because he makes reference to the Quran and Hadith in his speech. His reputation as an Islamic negotiator is known all over the world. He invited Islam to other Muslim and non-Muslim states, including the United States, Saudi Arabia, India, outside Bangladesh.

Mawlna Amir Hamza Biography: At the mercy of Allah, many non-Muslim brothers and sisters and their families have embraced Islam. He does not fear anyone except God, nor does he speak to anyone in fear. He has given direct criticism and harsh warning to many anti-Islam people in Bangladesh.

Although he speaks Kushtia’s regional language, his words are eloquent. During his speeches, he makes the audience laugh with humor. He is a very brave man and a popular talker. Despite being one of the most Islamic figures in the country, there is no arrogance inside it. He explains the Qur’an to the audience by discussing it in beautiful ways. Maulana Mizanur Rahman Azhari has a very good relationship with his Mufti Amir Hamza.

Mufti Amir Hamza Biography: No exact information about his monthly income. However, he spends his life with whatever he gets from the Quran.